PSA: Have You Planned Your Oracle Hyperion Upgrade? | US-Analytics

For finance leaders, the array of new features in Oracle EPM 11.1.2.4 are reason enough to proactively upgrade. But there are also time-sensitive factors when upgrading to 11.1.2.4 that finance may not be aware of — the operating system changes and policies that will soon come from IT.

Many older versions of infrastructure platforms and integration tools are officially no longer supported by Microsoft. As most enterprise IT departments usually upgrade to stay within vendor-supported versions, this does not typically pose a problem — but now is the time to start planning for changes.

Consider the factors below as you set a timeline for your next upgrade, allowing ample time to bring your people, processes, and technology up to speed:

1. Microsoft ended mainstream support for Windows Server 2008 in January of 2015.

The only option at this time is extended support, which may incur a significant cost. For this reason, the vast majority of IT departments have mandated the requirement to move to Windows Server 2012 as soon as possible.

Again, extended support is available through July of 2019, but at an additional cost. Consequently, most IT departments are mandating upgrades of the SQL environments to SQL Server 2012.

3. Finally, within the Oracle Hyperion EPM product group, FDM is no longer available and migration to FDMEE is a prerequisite to upgrading to 11.1.2.4.

The level of effort involved depends primarily upon the level of scripting and customization found within an existing FDM application, so it could range from a minimal amount to something more involved. Either way, we recommend reviewing options well before upgrading to 11.1.2.4 so that the migration is complete and fully tested before conducting the upgrade itself.

Bottom line: With more and more companies recognizing the requirement to move to Windows Server 2012 and SQL Server 2012, it is critical to plan these upgrades with your Oracle Hyperion environment in mind.

Note: In order to perform either of these upgrades, the Oracle Hyperion EPM environment will also require an upgrade to version 11.1.2.4. 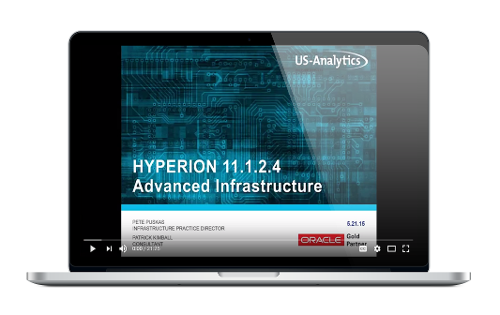