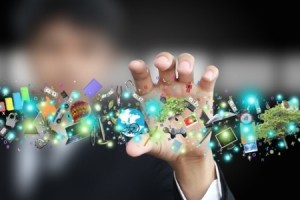 According to a study released in February, analytics tools including big data have the greatest potential in the health and public safety industries, Commissioned by software company SAP, study results were released by the TechAmerica Foundation. Nearly 200 IT officials were surveyed.

At the federal level, 83 percent said big data could slash the federal budget by 10 percent, which equates to about $1,200 per American. One way these savings could be achieved is by preventing improper health-care payments from being distributed.

Public-sector IT officials surveyed believe that big data has lifesaving potential. Examples cited include medical researchers compiling data in the aggregate to help detect outbreaks and refine treatments. Big data can also reduce crime, according to 75 percent of state technology officials, who cite its critical role in predictive analytics used by law enforcement.

Key barriers to leveraging the power of big data are also identified in the survey. Government officials revealed that privacy concerns must be addressed to allay citizen's fears about overly intrusive, Big Brother-style government. Officials also expressed concern over the costs of the tools needed to effectively use big data, as well as uncertainty about whether big data will demonstrate a clear return on investment.