The first updates of 2019 are here for Oracle's Financial Consolidation and Close Cloud Service (FCCS). Though there aren't any new features in this update, there are many new considerations for using the tool as well as come upcoming changes you should be aware of.

The monthly update for FCCS will occur on Friday, January 18 during your normal daily maintenance window. 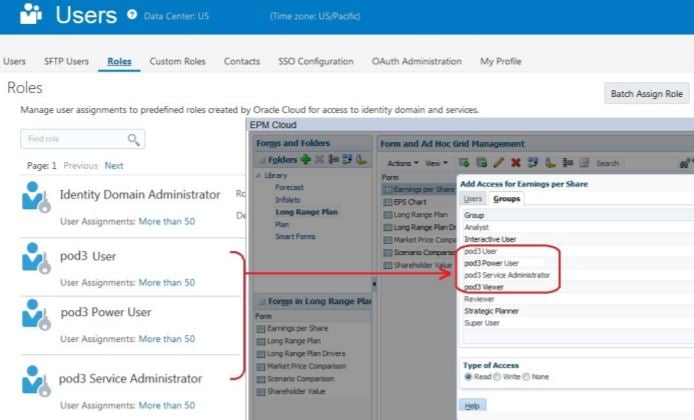 NOTE: The proposed change will not affect how you create and manage groups or use them for applicationlevel access control.

With a future update, the “Close Manager” feature set name is changing to “EPM Task Manager.” When the change is announced, the user interface and documentation will be updated.

Starting in Release 19.02, run time statistics for Block Storage (BSO) cubes will no longer be available in the Database Properties module of Calculation Manager.

When you create a Translation Override rule, redirection does not work properly when you use a shared Parent account for the Source. The workaround is to specify the primary Parent account.

The 18.10 update contained a Valid Intersection rule to restrict users from using FCCS_ClosingBalance_Input to load data to P&L accounts. This rule has been removed starting in 18.11, so users should be able to load to that member now. Alternatively, P&L data can be loaded to the YTD_Input View without requiring a rule to populate the relevant periodic movement.

Some of the Simplified Dimension Editor errors (cells outlined in red) are false-positive errors (i.e. incorrectly reported as errors). Data Storage errors for the following members should be ignored: Data Source -> All children of "FCCS_Source Entities" Entity -> "FCCS_Global Assumptions".

If you are using a Hybrid upgraded environment, the Simplified Dimension Editor does not show Dynamic Calc as an allowed value for Custom dimension parent member Data Storage. This issue does not occur in a newly installed Hybrid environment. You can use the Classic Dimension Editor, Import Metadata, or Smart View to change the Data Storage value. In addition:

All immediate children of the dimension name member must be set with an aggregation option of Ignore or Never.

Consolidation Operator for Children of "Label Only" Members

Children under a Parent member that has the "Label Only" data storage property must have the aggregation operator set to Ignore.

Ensure that no alias entries are “Equity”. The use of “Equity” as an alias will cause issues with refreshing the database.

The Data Storage property has changed from Dynamic Calc to Never Share for these rate accounts in the Rates Cube: FX Rates – Average FX Rates – Ending.

You should not make metadata changes that result in the following:

If you are using an Extended Dimensionality environment, users other than the Administrator can view the FCCS_VIEW_SYSTEM_MEMBERS and its hierarchy in the data form and Intercompany reports.

If you are using an Extended Dimensionality environment, when you refresh the database, an error message will be displayed if you exceed governor limits.

If you are using an Extended Dimensionality environment, on seeded forms, use the View members, such as Periodic, QTD and YTD, instead of using functions to ensure the _RULE members are not accidentally added to the forms.

Unable to Refresh the Cube

A Cube refresh will not complete if a level 0 currency dimension member has the "Label only" data storage property, but this is not currently detected in the Dimension Editor or Metadata Validator.

Adding or Changing an Entity After Autonomous Consolidation is Enabled

Horizontal Scroll on a Non-tabular Form

In Supplemental Data forms, the horizontal scroll does not work on a non-tabular form, which is intended only for use on a single record. Do not use non-tabular layout if the form is meant for more than one record.

When using Smart View, after adding a Shared Member, Refresh and Submit may not work correctly.

Do Not Change Member Formulas for Any Seeded Member

Do not change member formulas for any seeded member because it may cause consolidation to fail.

In Supplemental Data, when setting the Data Collection Period (DCP), the Start, End, and Close dates must be inside the valid range.

In Supplemental Data, when SDM Data is exported through Migration by selecting a particular Data Collection Period (DCP), then all DCPs are incorrectly added to the listing file. Even though all DCPs are displayed on the snapshot selection, only the data for the selected DCP will be exported.