Oracle is taking a turn in the way they’re doing things with their Business Intelligence (BI) applications, whether your solutions are on-prem, in the cloud, or in a hybrid combination of the two. The Oracle BI Applications, launched in 2007, are complete, prebuilt BI solutions. These solutions provide enterprises with the ability to learn and grow from a wide array of data sources. And now, twelve years after their launch, Oracle BI Applications are considered “content complete,” which means that no new content and enhancements are planned for the future.

Of course, you’re now wondering what this means for current clients and what new direction Oracle will be taking in BI. We’ve got you covered — we’ve provided an overview of the new landscape for BI Apps and some considerations for active customers.

If Oracle BI Apps are a major player in the way you manage your enterprise, don’t sweat it. Oracle plans to provide support according to its Lifetime Support Policy through at least the year 2030. And there are exciting new changes coming down the pike in the form of Oracle’s next BI applications solution, built to integrate with Oracle Cloud Applications.

The current release of the Oracle BI Applications is 11.1.1.10.2. Within the next twelve months, Oracle plans one final certification-only release, with no new analytic content or enhancements. Upon this release, Oracle says they’ll extend Oracle BI Applications Lifetime Premier Support dates through at least 2030. This extension comes as a hope that it will give customers time to upgrade to the new planned release without running into additional charges for Extended Support.

Oracle urges its customers to upgrade to the new final release when it becomes available, stating that the release “allows customers to uptake the latest features and capabilities of Oracle BI Applications, leverage the latest capabilities of the platform (on-premises or in the cloud) and remain supported through at least 2030.” Oracle also notes that customers already on 11.1.1.10.2 will require lower effort to upgrade when the new version is released.

If you have been waiting for Oracle Data Integrator (ODI) 12c to be certified with Oracle BI Applications, this final release is going to be the one for you. Considering a move to the cloud? The final release will also be certified with not only Oracle Analytics Cloud (OAC) as the reporting front end, but now Autonomous Data Warehouse (ADW) at the target database as well.

So where is Oracle headed next? Oracle Analytics for Applications (OAX). OAX is a new generation of to-be-developed-and-released analytic applications built for Cloud deployment and Oracle Cloud Applications.

OAX is under that “Oracle Analytics” umbrella that the organization announced in June 2019. During the live-streamed announcement, Oracle stated that current OBIEE customers will be auto-licensed with the new Oracle Analytics Server (OAS), which will mirror OAC. You can read more about that here.

Just like the announcement about OAS (essentially replacing Oracle Business Intelligence Enterprise Edition (OBIEE)), Oracle claims that OAX is not an upgrade for the Oracle BI Applications, but rather an entirely independent new product, delivering packaged analytics for Oracle Cloud Applications. While you’re eagerly anticipating its release, you can learn more about OAX here.

Times are a-changin’ and that includes Oracle’s BI (or, rather, Analytics) product landscape with them. Don’t get left behind; if you utilize BI Apps, make sure that you are upgrading your products as advised and staying informed about emerging trends in the BI industry. There’s no doubt that whatever OAX ends up looking like, it will revolutionize BI applications as we know them.

Need to upgrade BI Apps?
Considering moving BI Apps to the Cloud?
Don’t have the skill set or bandwidth necessary to do it on all your own? 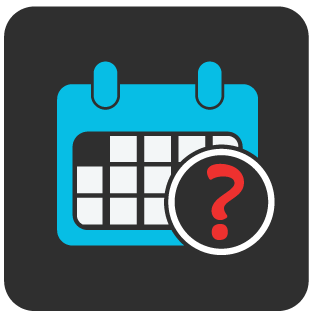