One of the standard features of a US-Analytics implementation of FDMEE is an AftValidate script which sends an e-mail when the Validate Status (Validate fish) is not successful. When developing the script, one of the requirements was to attach the log file accessible from Workflow –> Monitor –> Process Details by selecting Show on the appropriate ID. For example, selecting Show for Process ID 76 from the image would display the log an excerpt of which is displayed after the FDMEE process details screen. 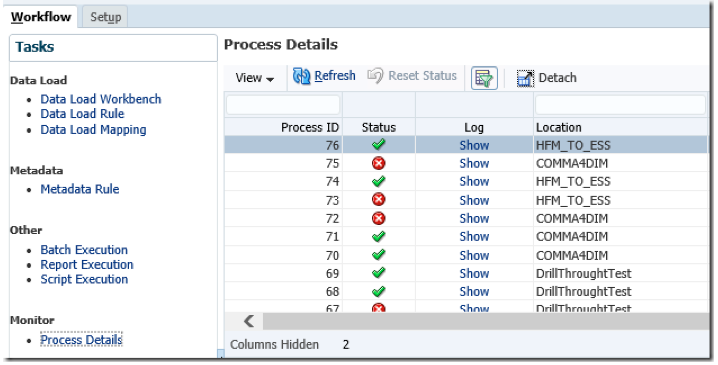 In the past when developing with FDM Classic and now with FDMEE, I typically keep the Hyperion / Oracle provided administrator guide a mouse click away for reference purposes. After checking the Java API section of the document, I found getProcessLogFile in the Java API list which “returns the log file name for the given loadID”. With knowledge of the appropriate function obtained, I proceed to develop the script. Spoiler alert — the function does not return the log file name.

The script I developed is similar to the BlogAftValidate image.

When the script developed, I test and the Console returns an error: “com.hyperion.aif.scripting.API’ object has no attribute ‘getProcessLogFile.’" After a short period of time checking syntax, I open an SR with Oracle Support. Once the support engineered conducts the appropriate Q&A, a consultative bug with Development is created. A few days later, the SR is updated with “The function is not actually included in the currently shipping library, and should not have been included in the documentation.” Not to be deterred, I start reviewing alternatives.

Knowing each FDMEE execution is logged, I check table AIF_PROCESS in the FDMEE repository which has a field labeled, LOG_FILE, which based on the name warrants a query to check. 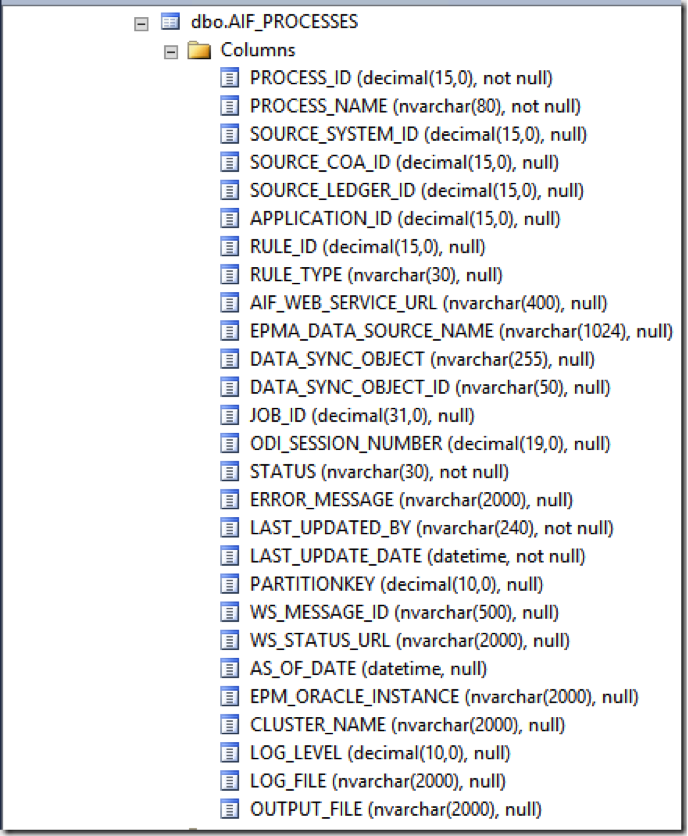 The query returns a result set which includes the log file and the Universal Naming Convention “UNC” of the file. Time to return to Eclipse and populate a variable which can be attached to an email as part of the script.

The code to obtain the log file is displayed from lines 14 to 34 in the first image below. A successful test of the code is displayed in the second image, concluding this tutorial. 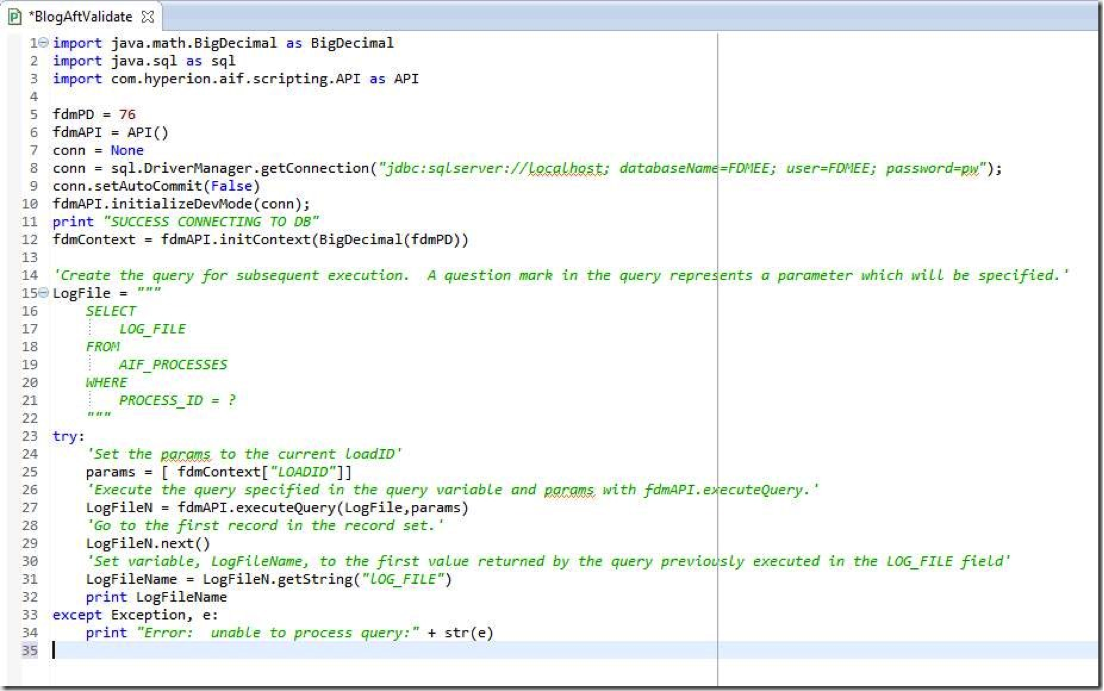